Camera angles
Camera angles and movement can be used for dramatic effect. Think about how your shot may create intimacy or distance, power or uneasiness. Try something different – prepare where you will shoot from and then change angles, a shot taken low down is nearly always better than a shot at eye-level.

Think about POV (point of view) – Who is Filming? Are we supposed to be aware of who is behind the camera? Is it neutral or personal? Think about the position of the camera in relation to subject’s eye line (remember a subject doesn’t have to be a person, it can be an object on a table, a window, anything). Being higher than the subject makes us look down on it and can diminish it. Being lower makes it more looming and oppressive.

Compared to this shot from Becoming by Ben Haydn which gives a sense of looking down at people’s lives.

Movement in a shot and the changing perspective it creates between the foreground, middle ground and background, can add to a sense of travel, grace or overall fluidity. Image stabilization features and apps, like Hyperlapse (free), allow for stable and impressive moving shots.

Shot sizes are often (very roughly) described as Wide – a room, Mid – someone sat at a table, and Close – face only.

Consider taking a range of shots:

Slowing down or speeding up time, changes our relationship with the scene. Time lapse can give you fantastic moving clouds, or streaks of traffic through a city, and slow motion can give you a sense of control and ominous atmosphere. These functions are built into some smartphone and tablet cameras or are available in free apps, like Hyperlapse. Slowing down and speeding up can be achieved at the editing stage, but much better to plan it whilst filming as you’ll get better quality footage.

Your subject can be in the middle of the frame, or to one side. Don’t forget what you are filming has depth – some things are close, some far away. You can include different elements in your frame to make this depth apparent. If it’s appropriate make use of the foreground, middle ground, and background. Objects in the foreground, especially in moving shots, can create a sense that the subject is being watched.

The rule of thirds breaks an image down into thirds – both horizontally and vertically. 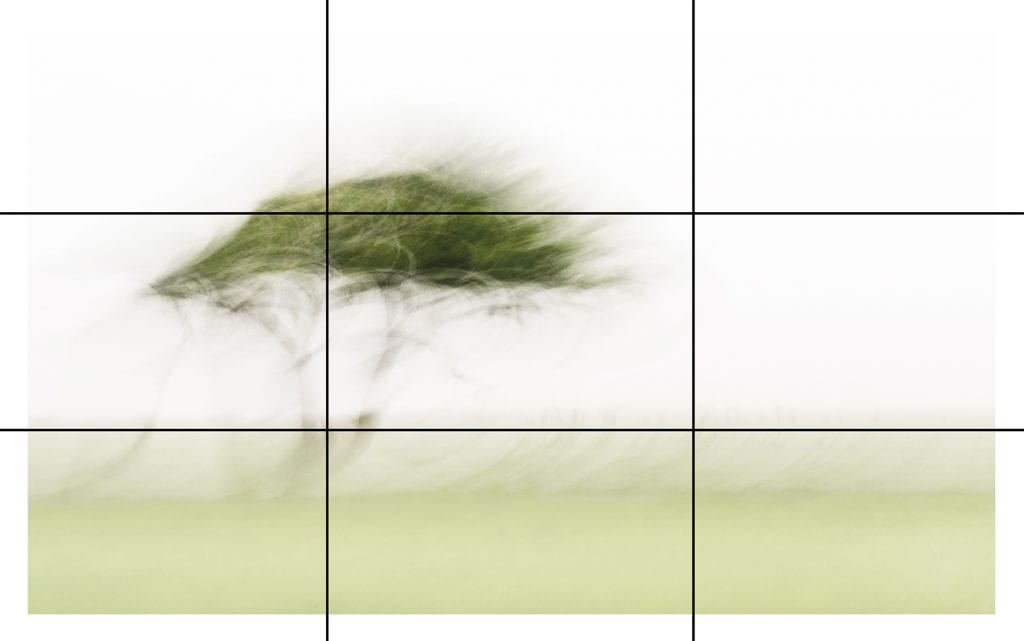 In the image below, the face of the women is on one of the intersecting points and the face of the dog is on another. The woman’s body and the bench are along two of the rule of thirds lines. 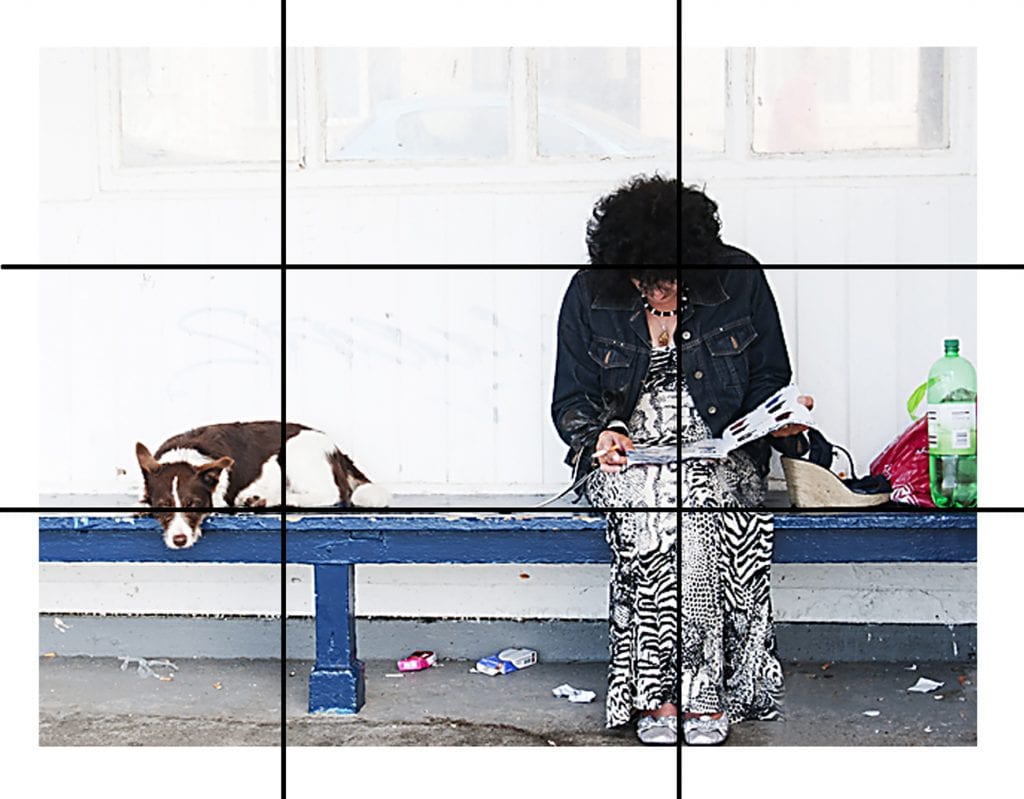 In a similar way, in the landscape above the tree is on a thirds line and the horizon is on another. The most important questions to consider in relation to the rule of thirds are:

Plan and plan again. But also take time when you arrive at a place – what is it telling you? Does it have a voice/s? Is there something else here I may miss? Look behind you – you will often see the best shot!