You carry a headful of numbers from room to room, you carry
the sound of everyone counting all at once
just to play the feeling backwards
while you’re sleeping.

Your numbers set alphabets on fire
whenever red rises in the comment section.

They’ll see to it that even your ghost stays angry,
that you go on picking berries with ghost hands.
How else will you stave off being overtaken?

Rooms upon rooms covered in thorns, can you imagine.

You must believe me when I say
that I could touch you & you wouldn’t even notice—
I’ll pass right through you, I’m so invisible from loss.

On the train, I count the number of hands
reaching & reaching for their phones; eager
for completion like a fishhook, a knife sheath, an urn.

That’s just one way we’ve learned how to ghost.

You should know by now there’s no such thing
as clickbait: only the fear of not knowing
where the blood is coming from next & the quiet
just before the stars
are torn out from under you.

If you must brush against each name of our dead
to scroll to the bottom of history, how much time
will it take for your fingers to burn down to bone?

Soon there will be no more counting.

Someday the gods
are going to put us all down for good,
and this is how it starts. 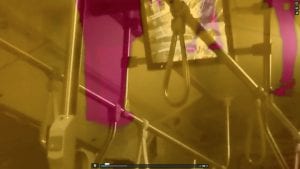 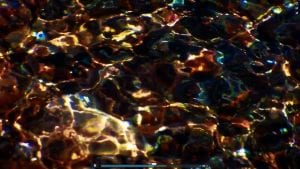 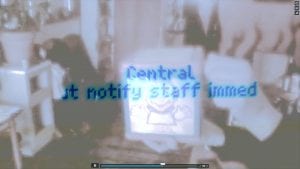 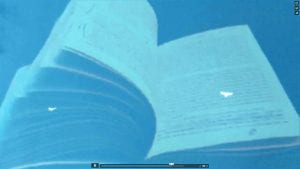 Bio
For many years, Patricia Killelea made poems for the page alone. Then the words wanted to return to breath + movement, so now she makes these films. Patricia Killelea is an Assistant Professor of English at Northern Michigan University, where she teaches courses in Native American literature and poetry writing in their MFA program.

Process Notes
Following an artist’s residency at the Santa Fe Art Institute in 2013, I began expanding my idea of what poetic speech was. What registers as “poetic” reaches beyond text and sound, so it was only natural that I eventually moved past the page, merging language with film clips and soundscapes.

First comes the language. That is the foundation. Then the videopoem builds upon that language, goes to war with that language, prompts that language to shed its skin and become something new, albeit still grounded in voice, breath, and the both.

I take all of the film clips myself as a kind of of moving-picture journal, recording snippets of life and death whenever I encounter something in the material world that feels like a poem, or is atmospheric or evocative in some way. The images are patchworked together intuitively and associatively in sequence with the spoken poem in a way that is similar to a dream. Dream language is more real than waking language, so when I arrange the visual elements alongside the spoken poem, that process balances the left-brained activity of making sense of and through language.

I compose the soundscape last, but it is never in the same way that I approach song. I construct the soundscape with an ear for both tension and complementarity to draw out the tonal elements in the poem’s content that aren’t immediately expressible through language.

In my view, videopoems are multi-sensorial, but instead of merely “fleshing out” the words of the poem itself, the kinesthetic experience of a videopoem can create a space of encounter with language that more closely resembles the actual groping towards meaning and understanding that goes on in our minds on a day to day basis. This groping is always both within and beyond language, and these new poetic forms make that process more transparent even as they seek to complicate it.

One thought on “How it Starts”