Circles of time, yet still the same place. The place is there, the place, the place is I wish I’d had a father who had sat me on his knee and taught me how to love, but my father was in another country, silent and broken from too much pain.

And if that diamond ring turns brass,
Papa’s gonna buy you a looking glass

The family tree, roots that I have escaped from, branches that cannot hold me, and I – always I – having to search alone for the water to keep giving me Life.

The roots are the hands of my ancestors; rough with hard work, stretched with yearning, empty of children, clutching suitcases, wiping silent tears, burying the dead.

This tree is one I cannot climb, its arms will not hold me, it has no fruit. It offers no shade nor food.

And if that looking glass gets broke,
Papa’s gonna buy you a billy goat

18 years I waited from child to woman, waited for one letter to come.

I stared at the words, going over his lines in that one letter – the thoughts becoming engrained facts; heavy with ink

And on I waited, although I heard many words and was seduced by many with their eyes full of my light, and their words and poetry flooding my heart, yet like Psyche who at the moment of trust looks upon her lover so then they would leave. And my star heart would die again.

And if that billy goat won’t pull,
Papa’s gonna buy you a cart and bull

I see them between my legs, each one in that same place, it is like a madness, a psychotic audition, each one with his own style, some blend into one, some stand out. Dangerous angels. 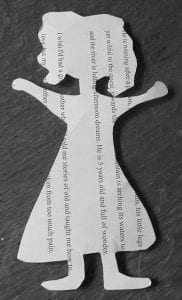 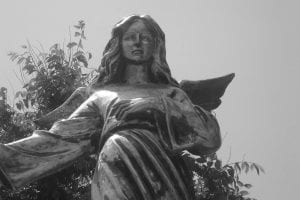 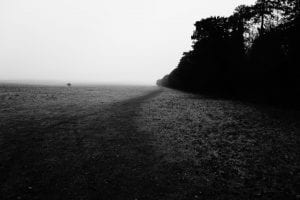 Film maker/poet Biography
Linda Cleary is a poet – writer – performer, Director of the Free Writers Centre, Literary Arts Coordinator for the Hypatia Trust and works in Adult Education. Her body of work can be found here:
http://www.lindaclearypoetry.blogspot.com
http://soundcloud.com/lindacleary
http://www.youtube.com/freewriterscentre
http://www.freewriterscentre.org/

I have made various poetry films before but those were always in collaboration with a film maker, Alban Roinard, and a musician/audio technician David Lanni. After I wrote the long narrative poem Kill Your Darlings in 2013 I decided I wanted to make it into three poetry films; each part being its own stand alone work as well as eventually the trilogy of work being available as one experience. I also decided I wanted each part to have a different feel and each have the input of a different director. Alban Roinard made Part 1 and this was screened in the Berlin Zebra Poetry Film Festival 2014 as well as other international screenings. I had some issues securing a director for Part 2 and since I have never tried to make a poetry film before – I decided to have a go at making it myself. I have worked with audio and I’ve fused my work with photographic images before but having a go at making my own poetry film was to be a new experience. Due to my limited knowledge of film making, my limited devices (I do not even have a smart phone) and because I genuinely wanted a very different visual feel from the Part 1 film – I decided to make it using photographic stills and Windows Movie Maker. I found the process absorbing and intimate and considering the symbology of the images brought me closer to the premise of the piece. I also felt that the stripped down, ‘low fi’ approach I was taking contributed to a stronger impact of the spoken word and emotional depth. The entire process gave me a confidence and a feeling of exciting autonomy within the delivery of my own work. *Part 3 is due to be made later this year by another director and it is intended that it is again a very different type of film so that each part has its own feel.

Kill Your Darlings – Part 1 directed by Alban Roinard can be viewed here.