Lullaby was prepared for a 48 hour poetry film challenge set in Glasgow by CinePoems, a group run by poets Rachel McCrum and Calum Rodger. You had to be in Glasgow, attend a meeting on Friday night which would explain the rules of the event and then off you went to collect footage, inspiration and a poem! I had heard of Necropolis a Victorian cemetery in Glasgow, so the next morning I went very early in the morning to collect some footage. On the cemetery, I bumped into the male sculpture which is the centre piece of the video-poem. The poem is simple and had to be born in the middle of the night in a hostel whilst everyone slept, and recorded on my phone. For the footage, I used a goPro silver. I also recorded the sound of the train person that calls at the stations. I used some archive.org footage of a geology documentary. The soundscape is just myself humming. lullaby was projected in a cinema in Glasgow at the end of the event together with all the other participants work. 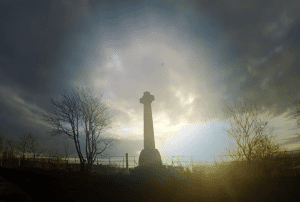 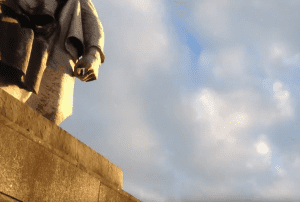 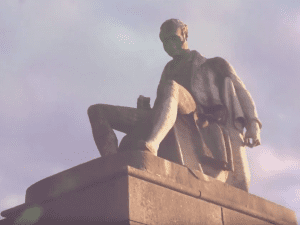