Over 200 submissions from over 30 countries has resulted in a shortlist of 12 film poems and a special recognition in the ‘Newcomer’ and ‘Animation’ categories.

‘Capricorn’ (Козерог) is a video poem that aims to create a new type of poetic language, integrating spoken word with moving image and not merely echoing or illustrating the spoken word with visuals. The work is collaborative and includes the original score by Andrey Novikov and calligraphy by Nik Nightingale.

Eta Dahlia is a Russian poet and filmmaker based in London. His work combines minimalist Russian poetry with a range of other audio-visual media. He works with spoken word, images, colours and music, integrating these elements into inseparable rhythmic and rhyming compositions to create coherent and complete multimedia poetic pieces. Recently, Eta Dahlia’s work has been exhibited at the National Poetry Library at Southbank Centre.

Special recognition for Animation
Motto: A Poem by Bertolt Brecht by Kathryn Darnell

An animated calligraphic interpretation of Brecht’s four-line poem. This film features calligraphy that appears in layers against surging and fading background patterns to illuminate this dark poem of hope.

Kathryn (Kate) Darnell comes to poetry film after decades as a professional calligrapher and illustrator in traditional media. Her “animated calligraphics” grew from experimental work on paper; layering translucent words to create abstract manuscripts and calligraphic paintings. The intent is to express shapes and rhythms inherent to the act of writing and also from the poetry she is representing. A native of Michigan in the U.S. and a graduate of the University of Michigan School of Art, Kate divides her time between commercial and fine art practice.

Distance Learning is a poem that explores definitions of freedom, autonomy, choice and sacrifice through the life of one woman.

Emma Baines has published poetry in magazines and journals including The Lampeter Review, Roundyhouse, Ink, Sweat and Tears, The Writer’s Cafe Magazine and POEM. In 2011, she edited and contributed to ‘The Month had 32 Days’, published by Parthian. She has read at festivals and events including the Laugharne Weekend and travelled to Ireland on the Coracle Literary exchange. Emma translates work for award-winning Welsh poet Menna Elfyn and her own writing has been included in installations by glass artist Linda Norris. She co-founded a writers group in Pembrokeshire and runs poetry writing workshops for people of all ages. Her latest collaborative project led to the creation of film poems based on the historic women of west Wales that premiered at Llangwm Literary Festival.

Sl/abb/ed
Adam Steiner
A poetry film produced as a progression from the Disappear Here project – 27 film-poems about Coventry Ringroad.

Shoes Without Feet
Caroline Rumley
After the chaos of the Nazi march in Charlottesville, one key voice is hapless. Created in response to a Pulitzer prizewinning press photo.

Mon Pays
Diek Grobler
A poetry-film in which the poet muses about the beauty of his country, and also its complexity. The poem was written by Ousmane Moussa Diagana (Mauritanië, 1951 – 2001) and set to music and sung by Laurinda Hofmeyr.

Under My Breath
Eduardo Yague
‘A Media Voz’ is about the difficulty of the creative process, as a metaphor for understanding the meaning of life and passing of time. (Poet Blanca Varela, translated by Jean Morris)

Home
Erin Fornoff
Shot over 6000km between Ireland and USA, over 4 airports, and across two continents, ‘Home,’ a poetry film featuring work by Erin Fornoff (featured) contrasts the pull and push of a life split between two countries, and the long slog to connect them.

these days
Ian Gibbins
“these are the days that were the days that would be the days…” on the road, the long way home, with chrome and flashing lights and the danger of landscapes passing all too quickly… what did we see? what did we imagine? how will it end when control is lost?

Huntress
Janet Lees
The poem for this film was written on a canal boat journey. “When you travel at four miles an hour, you are made to really see – and feel – everything you pass through, be it rural idyll or post-industrial wasteland. I was struck in a visceral way by the realities of our world, and how, as a poet and a human being, I need to bear witness to all of it – not just the airbrushed version we get from nature programmes, or the wall-to-wall bad news version we get from the media, but the whole broken reality of now that stirs up such despair and dark wonder in me. Several months later I made some images on a train journey using a long exposure app. I animated these and really liked the dreamy, portentous abstract landscapes that resulted. It was when I met the musician George Simpson through Instagram that the elements for the film clicked into place – it feels to me as though there can be no other soundtrack for this poem than his monumental creation ‘Artemis’.”

A Scientist’s Advice on Healing
Kate Sweeney (Christy Ducker writer)
The film is drawn from a process of watching, and of searching for a connection with a scientist’s explanation of how the body heals. The animation focuses on the hands as tools of expression and communication in both science and art.
The film utilises coloured dyes and ice – materials used in research to store RNA and keep it active and to colour cells during experimental processes so the scientist can separate and highlight the different parts of the cell. The ingredients of these dyes are similar to household food dyes and the ice is crushed, resembling cocktail ice. In the film, the ice becomes a carrier for colour, as it melts and moves it mirrors the appearance of the images of the cells observed through the microscope and on the computer screen. The random movement of the ice and dye reflects the arbitrary nature of healing within the body. 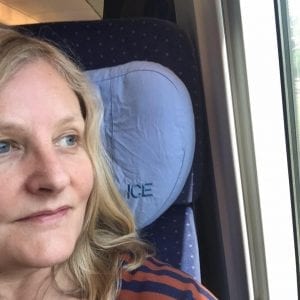 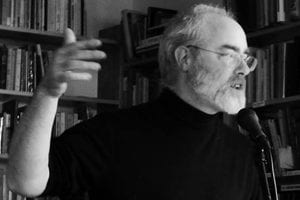