Transitions play an important role in poetry film and do more than just link two sections of footage or two images together. A transition is a boundary between two things: locations, objects, emotional changes, rhythmic changes, shifts, turns. Transitions should shift something. They enable the audience to connect by taking a pause.

Look at your poem and identify where the transitions are – look at the shifts, punctuation, transitional words etc. You’ll find that some transitions will be more important than others; these are where transitions should be. Don’t forget the exit transition. Transitions are a tool, helping to move the narrative along, or convey a mood, a tone or pace.

Types of transitions to use in poetry film

In film a transition may be a whole scene, but in poetry film it is mostly understood as the link between two pieces of footage, in order to ease the viewer from one image to the next. The period of change can happen gradually–with a dissolve, or immediately–with a cut. The most commonly used transitions in poetry film are:

A black screen is not simply nothing, it is a boundary, a location. A black fade halts the momentum and disconnects the two scenes – a bit like stage curtains. In it the viewer is forced to contemplate what they have just seen. (In contrast to a white screen which is a bridge, rather than a boundary, and invites the viewer to keep on with the story.) The exception is when a sound effect continues over the black.

Other techniques that can be used as boundaries to signify transitions in your poem are:  looking two ways, walls, fences, night/day, indoors/outdoors, zooming in to a characters back or objects.

Cuts and dissolves are used differently. The straight cut is used when you want to move from clip to clip without any type of transition, it represents continuity in setting and time. It gives limited visual meaning but keeps the whole poetry film moving along.

A quick collage of cuts can be used or can be more gently paced, depending on the pace that you want to achieve. Cuts can appear while there is movement on-screen, cutting to a close up shot of the same scene, back and forth between different locations, or changes in the perspective.

A dissolve is a gradual transition from one image to the next. There are two main types of transition:

The length of the dissolve is dictated by the mood or pacing you wish to create.

When is Dissolve used?

In general terms it conveys a passage of time or a change of place and tells the audience that the shots belong together in a sequence and that the story remains consistent from one shot to the next. It is sometimes thought of as a time machine that transports the viewer backward or forward.

In poetry film the dissolve can be used to slow down the thought process and match the pacing and tone of the poem. A dissolve is often used to express emotion as it contains a fluidity – the viewer let’s go emotionally.

The first of the images below shows a transition from Theresa Lola’s poem ‘wikiHow To Find Things You Have Lost’, it appears as the poet recalls “The last time I saw my grandfather with his memory was two months ago” – a change of time. In the second image the poet Jess Mookherjee is seeing “paddy fields growing in Llanrhidian Marsh” – a change of place. 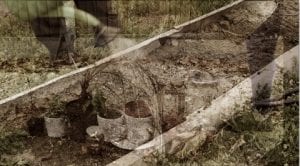 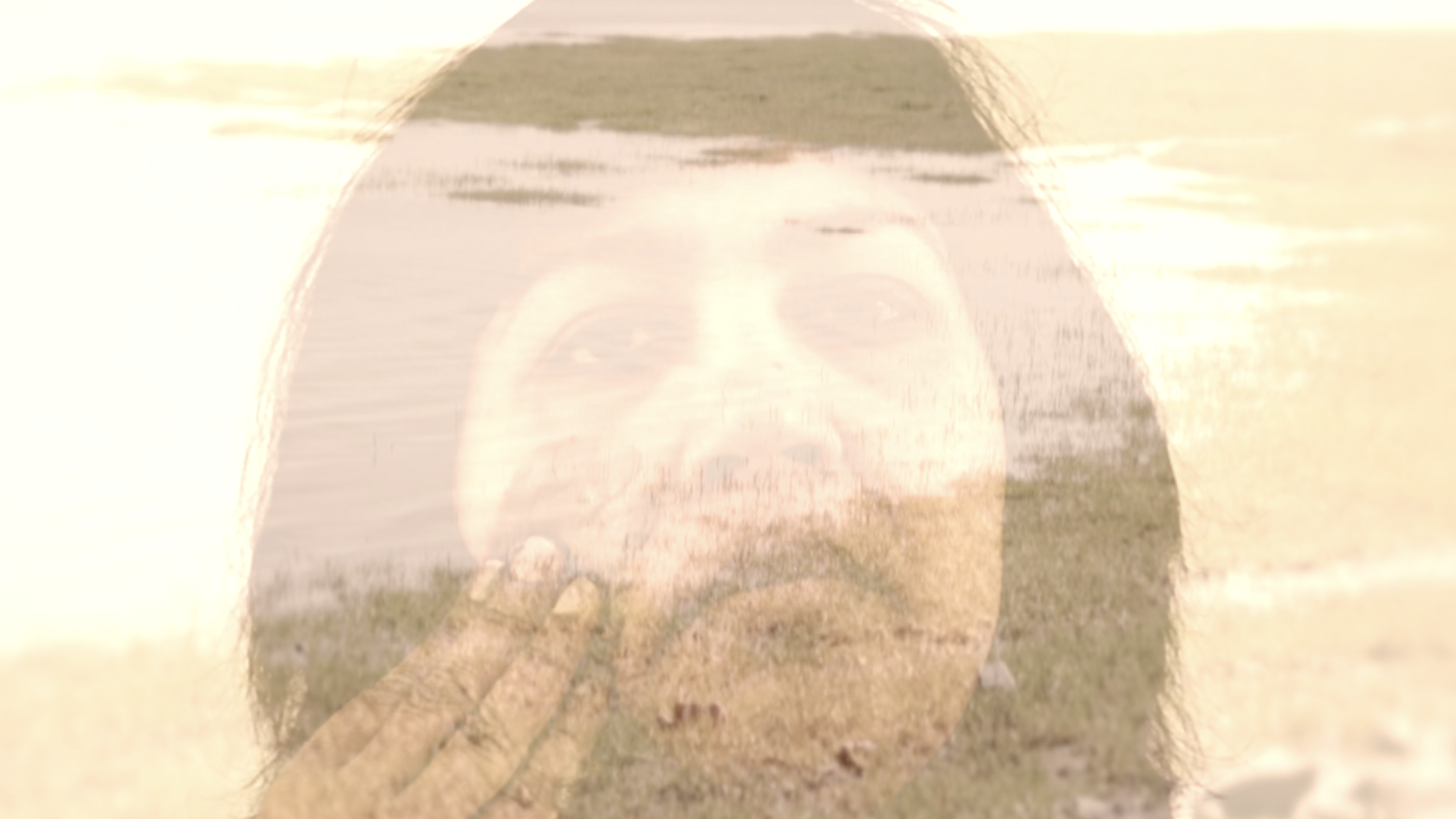 As images overlap, dissolves can also be used to convey a deeper meaning or something surreal or abstract. These two transition images are from poems about loss and memory and give a more disturbing sense. A dissolve has been used to add resonance to the juxtaposition of the images being connected. However long the two images overlap, a third shot is created. 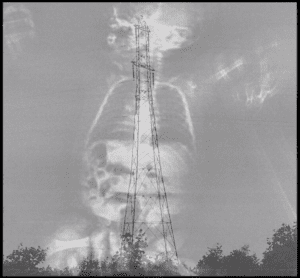 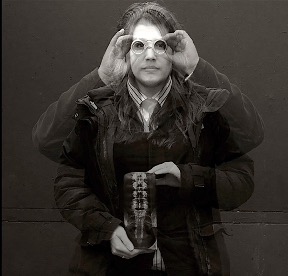 The point at which you cut from one clip to the next should be carefully thought out. One clip should lead to the next clip seamlessly and the viewer should not be made aware of the transition. This is the case for cuts and dissolves, but extra care needs to be taken with dissolves.

Try and match compositions within the frame. For example, imagine two faces – try and match the eyeline from one to the other. If your images aren’t similar, think about how they will merge – imagining them as pictures side by side on a wall may help. Think about the movement in both clips – will it jar when the two are brought together? Does the eye follow the motion? You might take more time editing dissolves than any other aspect of putting a poetry film together.

Dissolves typically last one to two seconds (24–48 frames) but can be made much longer if the software allows and if the footage is long enough. The duration that the two images overlap can significantly influences the effect of the dissolve. A short dissolve conveys energy and speed, whereas a longer dissolve gives more time for reflection and contemplation.

The key thing to understand when making a dissolve is that it will use footage that you may well have removed from your clip. The first image below is a typical timeline of two images that could be used with a straight cut. In the next image a dissolve transition has been added.

And this is what happens. The sections of footage that you have removed are needed to create the dissolve transition and will show up in the film. In this example, I had removed the arm at the end of clip one and the shaky footage at the start of clip two. You can see from the third image that the transition will bring it back in.

Be careful about what you’re seeing from the fading clips, so that you don’t end up showing parts of the clip that you didn’t want to show in the first place. You need enough ‘perfect’ footage to create a dissolve transition, as you are essentially adding time to the end of one clip and the beginning of the other, so that there is footage to fade in and out. (This is one very good reason to always record longer footage than you think you’ll need.) If you don’t have that, then use a cut. The viewer will not forgive a bad dissolve transition, it will just be too distracting.

Also, don’t forget about the audio when you create a dissolve. You will need to detach it from the clip and edit it separately.  If you want the sounds to merge, edit the sound track separately in a sound studio app.

Finally, keep these things in mind when editing your poetry film: