I wasn’t cut out to be a Joan of Arc.
It was a mistake. My ears became immune

to the same old tune. I’ve made my choice,
shut the door, shunned the glory.

I’ve morphed you, my love, into a wolf
in kid’s clothing, a baby-faced liar.

And though your howls infiltrate my dreams,
I will not stray from my path.

I’ll recover my smile, reclaim my laugh.
Yes, I’m okay, since you inquire. 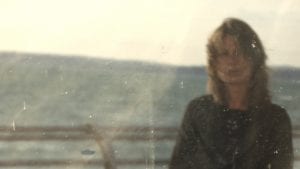 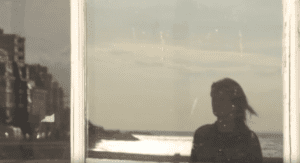 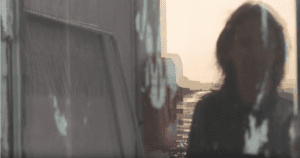 Process Notes
‘Act’ was filmed by Abigail Norris on location at South Parade Pier in Southsea. The poem was written and recorded for ‘Zones of Avoidance’, the live literature production which went on to win the 2013 Ted Hughes Award for New Work in Poetry.

Maggie Sawkins lives in Southsea where she facilitates writing projects in community and health care settings. Her poetry collections include ‘The Zig Zag Woman’ (Two Ravens Press) and ‘Zones of Avoidance’ (Cinnamon Press).

Abigail Norris has been an artist filmmaker for 15 years, her films explore a visual language that is emotive and psychological through observing human experience within an environment or situation. The main thread of her work focuses on the rhythms of human nature comparing it to the rhythms and patterns of nature itself.