And just because the stand of oaks was blind
she gave them eyes; iridescent glow stones
from fathomless seas. And once inclined
to hold the sky with seasoned hands grown
out of touch, they cupped the light, dappled
it for shadows and for shade. Now in sight
of things they know the shape of, they grapple
with her lonely walks on moonless nights.
They whisper to each other, even the sky is alone tonight.
She presses her eyes to their eyes and inside their world
she finds you there, naked surgeon, a light
by your well, your body unfurled
as the stars flow through you, to trace
your hopeful song, so music is heard in space. 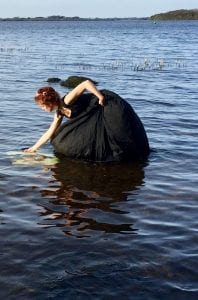 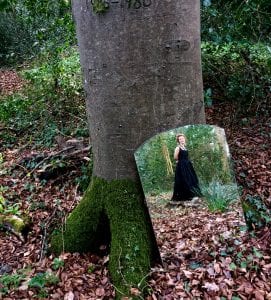 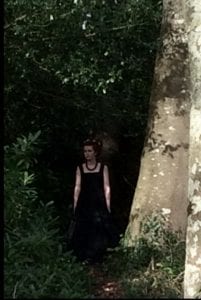 Biographies
Eleanor Hooker has published two collections of poetry, The Shadow Owner’s Companion (2012) and A Tug of Blue (2016), both Dedalus Press. Eleanor hold an MPhil in Creative Writing (Distinction) from Trinity College Dublin. She is a helm on Lough Derg’s RNLI lifeboat. www.eleanorhooker.com
George Hooker holds a BA (Hons) in Media Arts from DIT, Dublin. George Hooker is a director and photographer. He lives in Dublin, Ireland.
His first feature, Operation Liberland, is coming out 2016. www.georgehookerfilms.com

George made this filmpoem for me as a Mother’s Day gift in April this year. He read the poem and then created a story board, with second by second plan for each ‘scene’. He enlisted the help of his brother and father and his girlfriend, Martina Babisova, an actress. The film was made on one cartridge of

super 8mm film with only in-camera edits and no post-production. As 8mm film does not have a sound facility, George recorded the sound separately. He entered the filmpoem into the Straight 8 competition, who arranged to have sound added to the film in studios in London. The film was selected by an international jury and was premiered on July 9th 2017 at the Picturehouse Central, London as part of Straight 8’s UK premieres. The poem was first published in The Irish Times newspaper and subsequently in my second poetry collection, A Tug of Blue. 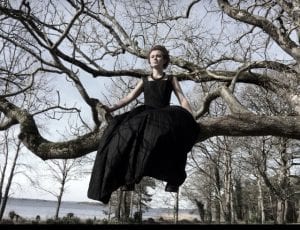