(From: “inventory of the onomatopoeic body”) 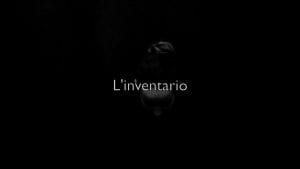 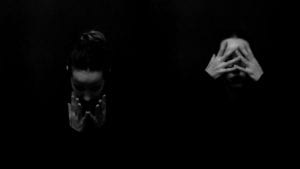 “Inventory” aims to be a project that it intends to trace through a multimedia installation characterized by a plurality of channels – verbal, sound-textual and iconic (static and moving images) – perceptual thresholds between present, past and future. What is an archive? This was the starting point for the development of a job that seeks to represent and configure the archive as a personal and vital space, constituted by the gestures and relationships between the fragments of history that go to (re) generate and make up the substance. Fundamental is memory as a (self) trace of itself, of its origin, but also as a connection to its end. Memory as a condition of absence and deletion, but at the same time a sign of persistence of the data, its processing and archiving. In a society that has been able to change in a very short time how to relate to one’s neighbor and the meanings of identity and individuality, “Inventory” is viewed as a bridge between the past, the present and the future, showing the elements of continuity and those of fracture of human essence. This intent is to be achieved by presenting three different elements. The video is inspired by the cinematic archives in which a mute soundtrack of 1917 is recovered, whose protagonist is facing a very lousy situation, torn by frames of fragments of artist monologues, intending to be a sort of return of the mapping of the unconscious and its flow, but also declining to the present the memory. The same monologues will also be the voice of the performative part, consisting of sequences of motion pictures with motion pictures taken from the artist’s repertoire, detailed and obscure, to create an inventory of gestures and irrational and vital movements.

Francesca Bonfatti in art (Gelidelune) is a Photographer and Video artist born in Rome in 1970 but she lives and works in Venice. She has a degree in Fine Arts by Academy of Fine Arts in Rome. Her works have been selected for exhibitions and festivals in Italy and abroad (Spain, Greece, Colombia, Portugal, Romania) and published in various contemporary art publications and poetry texts.

“My art work research revolves around the concept of space-action reveals, that line blurred between where we are and where we appear. I explore and push over sensitive experiences, in a visible presence space, leaving out shadows and lights being, ego spaces inaccessible and flooded where the action space becomes a place of the unexpected, the possible and the change.”

One thought on “The Inventory”