The wolf fearing the wolf
(Translation by Kerstin Petermann and OneWorld Language Solutions / Philip Isenberg)
A wolf sneaking up on me
Unexpected in the dark
More precisely put
In the little light
Left over from the night
I happen to know wolfs from pictures only
Yet more do I trust my fears and woes
Than I do my eyes
There is burning in my neck
Shivering down my back
And scrabbles under my flesh
A private place at the forest
For me to enjoy some calm
So that nature can be idyllic
A fence in between
And now
Right at this fence
A wolf
A beast from, oh, so long ago
Perceptive as I was
Flexible and composed,
And never merciless
Words brought me up,
Yet would never bring down a wolf
Some stick maybe
A very sharp knife
My lightweight body in a heavy shell
Against the wolf
Instinct only, mercy no more
Instinct only,
Senses cleared at last
Eager to protect me where they can
Ready for defence
And even more so
To steel myself
To be the first to strike
I was driven to the wolf
Getting wind of me
Perceiving me
It halts still
A wild beast in front of him
One step back
A slight cracking
The wolf trying to soothe me
And not to be a source of anger to me
It trusts in its fear
And yields
There I stand
Right behind the fence
Amidst the little light
A wolf is what it had to be
And a wolf drove him away
Only little do I shiver at his thought 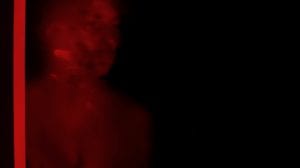 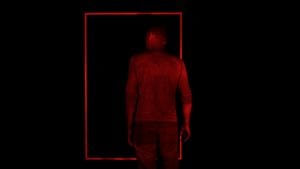 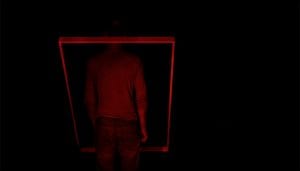 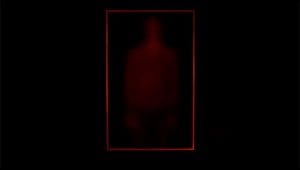 Process notes:
We both took part in the program “lab p – poetry in motion” in 2014 (Ostpol initiative in Leipzig
http://www.ostpol-leipzig.de/) – a program where authors and filmmakers come together. There we
met and decided to work together on a poetry film.

Stefan Petermann
Stefan Petermann was born in 1978 in Werdau. He studied at the Bauhaus University in Weimar. In
2009, his debut novel ‘Der Schlaf und das Flüstern’ was published. He has received different
scholarships and awards. His narrations ‘nebenan’ and ‘Der Zitronenfalter soll sein Maul halten’
were filmed. In 2015 he was a writer-in-residence in Wels. For his current novel ‘Das Gegenteil
von Henry Sy’ he invented the main character on Facebook. He lives in Weimar.
Juliane Jaschnow
Studied Fine Arts in the field of photography and cinematography at the HGB Academy of Visual
Arts in Leipzig. Bachelor’s degree in communication and media sciences from Leipzig University.
DAAD scholarship to study at the Lomonosov Moscow State University in the field of journalism/
photojournalism. Studied abroad at the Academy of Fine Arts in Vienna. Professional Media Master
Class and PMMC Lab of werkleitz Society. Member of the Cinematic Initiative Leipzig FILZ.