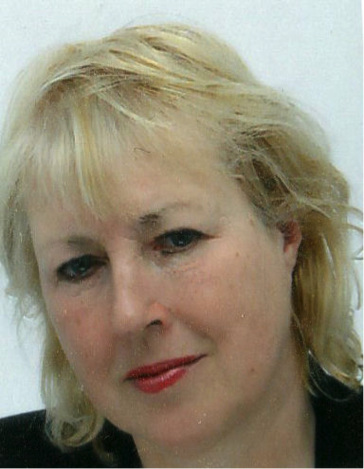 Congratulations on starting The Newlyn International Film Festival in Cornwall. What draws you to Newlyn? Why did you choose Newlyn as the location for a new festival?
I was drawn to Newlyn because of its history as an artists colony. When I began visiting the town a decade ago I was struck by its authenticity as a working port unlike St Ives which is commercially synthetic. Stanhope Forbes was one of the first artists to arrive and formed the famous Newlyn school of painters.

In 2016 a state of the art Film House was opened in a building which had once been a pilchard factory. This established Newlyn as a new artistic centre and so I felt it was a good enough reason to establish a film hub and a film festival fitted perfectly. I also felt that Cornwall needs more film festivals, currently there is only one film festival in operation.

Next year we will be collaborating with the Film house and the Cornwall Film Festival to promote film making in Cornwall with some pop up Cornwall documentary cinema shows.

What criteria do you use to judge a short film? How does that differ for a poetry film?
In short film I look for content, the film has to develop and engage and the films I prefer have a twist or unexpected ending. The whole film must flow seamlessly but also immerse the viewer in an emotional response.

With poetry film there is a certain amount of flexibility and fantasy which is more extreme than in other films because some poetry films deal purely with emotion and internalised feelings.

I tend to make a documentary style of poetry film because I am interested in time and place. I spent many years as a news television film editor so documentary is in my blood and I also make documentary films. Canvey Island illustrates this ‘time and place’ documentay style.

A poem by Robin Kidson. It describes Canvey Island in the 1980s, muddy waters and flooding against a backdrop of Dr Feelgood.

I tend to make a documentary style of poetry film because I am interested in time and place.

What was the first poetry film you made, why did you make it and how did it differ from your previous work?
The first poetry film I made was in collaboration with the poet David C. Johnson which we decided would be a John Betjeman style of poem based on the Severn Beach Line.
This poetry film has been very popular and shown many times round Bristol and it won a local FOSBR AWARD, (Friends of the Suburban British Railway). It has also been shown on the BBC Big Screen. David’s poem is very iconic and poignant.

I have kept to this documentary style of poetry film since because it is what I feel most comfortable with.

The poet David C. Johnson takes the viewer on a journey on the Severn Beach line. Passengers on this branch line have fought the local council for years to save what is one of the most scenic rail journeys in the UK.

Tell us about your recent poetry film, “Only Bound by My Imagination”?
My latest film I made specifically for the Light Up Poole competition and so I was pleased it was selected. I had read Tim Burroughs poem Only Bound by My Imagination and it fitted the brief perfectly. I had already made a very abstract poetry film for Carbon Copy Culture USA and the Vienna Poetry Film Festival so I decided to do the film in the same style. In this film I concentrated on the music emphasising the imagery and every shot is relevant to the text in quite a specific way which I think makes a very strong film.

How do ideas for a poetry film come to you? And is there a process you follow more often than not?
I hear or read a poem and the idea just comes into place, sometimes I see exactly how I’m going to make the film. Other times it’s a hard slog to make a film work and sometimes I can make a film in one go, it really depends on the poem.

I hear or read a poem and the idea just comes into place, sometimes I see exactly how I’m going to make the film. Other times it’s a hard slog to make a film work and sometimes I can make a film in one go, it really depends on the poem.

Biography: Diana Taylor has been working with Bristol Poets making poetry films since 2009 and her films have been shown in major venues in around Bristol including the Watershed, the Arnolfini, Colston Hall, M Shed and the BBC Big Screen.