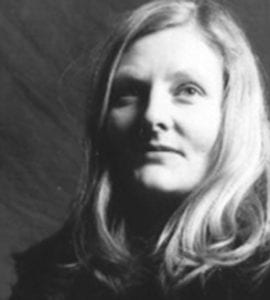 It’s often noted how rare it is for a poet to straddle the gap between page and performance poetry successfully. Lucy English has managed to keep a foot firmly in both camps for many years, and with her new project The Book of Hours (Burning Eye books), she has added an extra genre, that of poetry film.

It’s an ingenious idea – a calendar of poems that re-imagine the illustrated psalter of mediaeval literature for a secular, 21st century readership/audience. Lucy is supported in this endeavour by her extensive knowledge of the both fields, coupled with a poetic voice that is especially well suited to the demands of poetry film.

For all that there are mentions of stained glass, doom paintings, sun dials and psalmicly panting sheep, the subject-matter of the poems is resolutely secular. Churches are places to be visited in a spirit of curiosity rather than devotion, saints are grey and made of lead, and no miracles happen at wells that are simply oozy patches in stony holes. Similarly, the lives encapsulated in the poems are not ones of monastic contemplation. The poems accommodate a sizeable cast of friends, ex-lovers, family members, former inhabitants of holiday cottages, personifications of the seasons, and animals, and include arrivals from and departures for destinations far beyond an anchorite’s cell.

And yet the sacred is here, in the poet’s tender attention to moments snagged in the memory, rendering them dream-like, and magnified by their lifting up as an offering to the reader. This is the poetry of non sequiturs, missed opportunities, small losses that loom large, the lives we don’t lead:

The shadow of our little car against the land
touched the winter grass but did not bend it.

‘That’s the only mark we should make on earth,’ he said.

You would expect poems that are also the grist for film to have a strong visual element, and this is the case. We are often told, for example, what the narrator of the poem is wearing; similarly, the month of June dons a rucksack, boots and a long green dress, and even the sky wears its best shirt, all pink patterned with aubergine, / silks and satins with a new tie of rainbow. This layering of detail, building in short statements, extends to the other senses, to the point where they spill into synaesthesia: I catch a sound in my hands ./ The sparrow song. Sip sip sip.

For a full appreciation of the poems, I strongly recommend a visit to the website, where you can view all the accompanying films. There is some beautiful work here. I particularly loved Helen Dewbery’s mesmeric film for the poem, Drive Through The Night, about the destination for which we’re all ultimately headed.

Get The Book of Hours from the web store

The Book of Hours calendar of poetry films 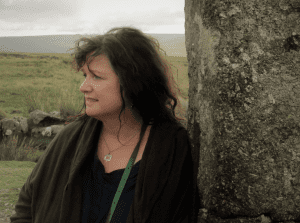 Deborah Harvey is a poet and novelist. Her three poetry collections, Communion (2011), Map Reading for Beginners (2014), and Breadcrumbs (2016), are published by Indigo Dreams, while her historical novel, Dart, appeared under their Tamar Books imprint in 2013.  Her fourth collection, The Shadow Factory, will be published in 2019.

Deborah runs workshops, judges competitions, and has read at many poetry festivals and events. Her poems have been widely published in magazines and anthologies, and broadcast on Radio 4’s Poetry Please. Amongst her prizes are the 2010 Wells International Poetry Competition, 2011 Dor Kemmyn Poetry Prize, the 2012 Pre-Raphaelite Society Poetry Prize, the 2013 Buzzwords (Gloucestershire) Prize, and the 2016 Well Festival of Literature Hilly Cansdale Prize.

The Leaping Word Poetry Consultancy provides support and advice to page and performance poets, groups, organisations, schools, universities, promoters and anyone interested in any aspect of poetry.

2 thoughts on “The Book of Hours: Deborah Harvey reviews the book”