The Book of Traces (‘Libro de huellas’ by Ángel Guinda. Translated by Charles Olsen. Filmed by antenablue.)
Like a fish in the air have I lived in this world.
I’m tethering my life so the storm doesn’t escape me.
To think costs the unthinkable.
Alcohol is, for me, a true friend who loves me badly.

Memory. What is it, but a book of traces.

Ejaculate in the anus of God until he converts to pleasure.

Don’t look at what you see, but at what blinds you.

Untranslated: Palacio de la Audiencia. Ju ju heces (This is a play on words that is not possible to translate. Literally it reads: ‘The Supreme Court. Ha ha faeces.’ Ju ju heces sounds like jueces, which means judges. I did think of putting: judge[xcre]ment but it doesn’t really do it justice.)

Don’t wait for me. I’ve arranged to meet myself and I’m in a hurry to arrive. 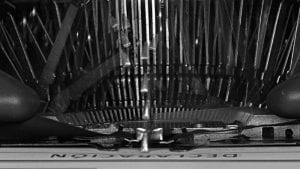 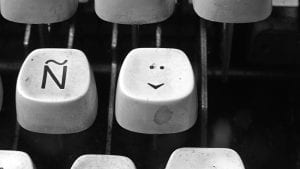 Process Notes:
We made this with photos rather than film, like a police photographer documenting a crime scene. This is a nod towards a court case against the poet for alleged blasphemy in 1987. We play with the Spanish word for police, policía, exchanging it for the similarly sounding word poesía meaning poetry, thus the National Police Corps becomes the National Poetry Corps. I am a fan of audio-slideshows and this style brings to the fore the voice of the poet.

Bios:
antenablue is the creative duo of New Zealand artist and poet, Charles Olsen, and the Colombian writer, Lilián Pallares.