These are the countries of the world.

The atlas speaks to my ten year old brain.

The book is covered In thick green paper,

that also covers my bedroom wall

I am understanding Europe

I trace my fingers across Asia;

The straight and parallel lines of Africa;

fade into contours and railway tracks;

These seem to me beyond romantic,

The pages  hold no hint of tragedy,

only of Kings and not their crimes.

I do not even try to imagine

as I peruse my new school atlas 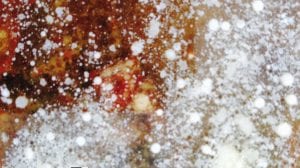 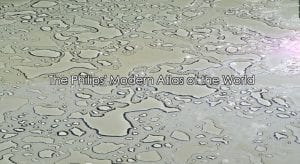 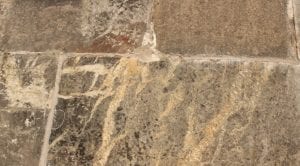 Bios
Poet and Film Maker:
I am an Engineer and Poet from Cork, Ireland. My first collection was published by New Binary Press in 2014.  I have been setting my words to pictures for a number of years, trying to enhance the accessibility while enjoying the  visualisation of the my words and ideas.

Process:
I wrote this poem several years ago. I am a lover of maps from my youth and was engaged by the way history of the 20th century firstly  made countries vanish and then, decades later, reintroduced them as nations again. When you are a child, turmoil and the past seem so far away from the indecipherable changes in you own small neighbourhood world. I thought countries with romantic names like Bosnia and Montenegro would never be again.  But geopolitics moves on and here they are.

Then enters the film. One morning last year I saw interestingly shaped puddles on my glass patio table. I went for my camera, I often look at banal and natural surfaces and see the traces of countries in them, river basins, mountain ranges.  Next a dish of grease from a Sunday roast shouted out the wave swept coasts of Indo China. I spliced the images together and  used them as a visual crucible for my poem.  Imagine you are flicking through the pages of an atlas you had as a child (an atlas that actually exists). How the world has changed. How your perception of it has.

One thought on “The Philips Modern Atlas of the World”