From Liverpool to Seoul
by Finn Harvor

The working world
is a strange and dark world.
You can see, but
you can’t see all, for
heaven’s cheap promise
is greed-erased
and need-erased,
and in this way
we try to party wisdom.
But still, quiet folk remain
as do those who pain-pray.
And as we take
our vehicles back
from our offices, classrooms,
factories, hospitals,
we see the world of other people
as they move
this direction
and that,
feeling the well-lit fatigue
of the big city’s
glow.

Process notes:
The video footage was shot in Seoul on the Go-seok-ro – the huge expressway between Pangyo and Seoul. Every night, it is clogged with intercity traffic, as working people commute. It is the same route I take as I travel to my teaching job at a Korean university. The drawings were done during a trip to Liverpool. I was there for a few days, and spent a lot of time wandering around the city. I didn’t have any particular aim as I wandered around; I was simply interested in getting a feel for the city. However, the more I walked (my legs and feet finally aching), the more I realized that the working class base of the city hadn’t really changed, even though the economic structure of the city had. The old dockland had either fallen into partial use, or were gentrified. For those who could adapt to the new economy, life was fine. For those who couldn’t, it was either low-paying jobs in the service sector, the street, or the pub.

Finn Harvor is an artist, writer, filmmaker, and musician who lives in South Korea. He has published poetry and prose in a wide variety of literary journals, and his visual work (both drawings and videos) has been shown in Canada, the US, UK, Ireland, Hong Kong, Kazakhstan, India, Australia, Greece, Korea, and Cuba. 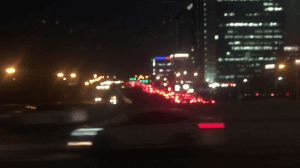 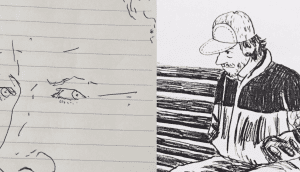 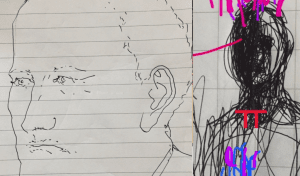