How Can You Remain in Love in San Diego?

Today, the screen froze when End Call was pressed.
No feedback, just the illick between fingertip and glass.
We always said goodbye too soon: before a question,
before a right quick, before I love you. Today,
like chill of shadow stroking cheek, was only goodbye.

I sat—right in the grass. Where the hours pulled
themselves onto my lap and asked to be cradled.
Silent as the oval of my mouth when you said
you wanted to be pregnant at a car dealership
during an argument about curly fries & condiments.

What will become of our children? They will suffer
the rough edge of tenderness from another father,
another mother. Your goodbye is an earthquake.
The rest of life aftershocks at the realization: we were
tectonic & unaware with no promise of tremors’ stop.

I am afraid you will remember me as a wooden ladder
or even worse, forget I was. And I’ll remember you
as a disaster. Unable to recall how you swallowed yawns
like milk, the attractiveness of how slow you’d waddle—
so slow I’d miss your step—dust collected on magenta toes.

When we met, we were incredibly far from the desert.
I thought you were too good for me. I didn’t think
you’d speak. You said there’s a delay in my handsomeness.
The ness unsteadily climbed from your tongue to lips.
I watched it fog, pillow in the air—brace a snowflake’s fall. 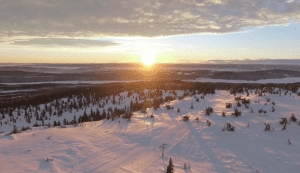 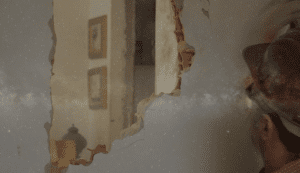 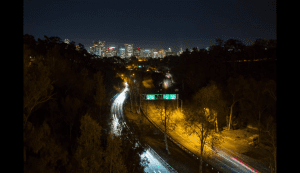 Process
As far as process, I usually like to think of video poems as a combination of image, spoken word, and sound which are separate and come together to make something larger than the whole. It can be other things, and I’ve made more narrative interpretations of poems before, but that’s how I thought of this one. I wanted to use creative common footage and nothing that I’d shot myself because I had things in mind which I knew I didn’t have access to and wanted to focus on assemblage.

It’s a cold poem, so I wanted there to be snow. It begins and ends with snowfall. What does it become when the snow melts? Spring. Each time. But this is about the lightness of the snow and how fragile it can be. There’s a sense that the poem covers the span of several years. I wanted that time to be shown visibly with the time lapses. I wanted to keep the images mostly dynamic, but when there was stillness, such as when the bubble is freezing, I wanted it to feel ominous. Luckily, the music adds a lot of that atmosphere and the two tensions interact. The music makes everything so ominous and adds a depth of emotion that I think some of the reading might even lack. What the spoken word of the poem does do is interact well with the visual cues and transitions. The cuts. So much of a poem, in any context, is where it cuts and where it rubs. That’s when we know we can feel it.

Bio
Kevin Dublin is the author of How to Fall in Love in San Diego (Finishing Line Press, May 2017) and editor of Etched Press. He enjoys guiding young artists in the community. He holds an MFA from San Diego State University and spends summers teaching at Duke Young Writers’ Camp. Follow him on Twitter @PartEverything.

One thought on “How Can You Remain in Love in San Diego?”