OCEANIK started with the poem, it started by a poetry reading in Eclectic in London, where I heard the video poem, theme poem by its author Nia Davies. I was transfixed by her reading, the experimental poem, her voice, the playfulness of it all. So, I started my first collaboration, I asked Nia if she was interested in making a video poem based on her poem, gratefully she agreed. At the same time, I had come across the experimental music by Charlie Miles, a Swindon based musician, who created the video-poems soundscape under his alter-ego Zero Gravity Tea Ceremony. The footage is a combination of personal footage of a field in Wroughton south of Swindon, recorded on a lunch break from work. The visual effects come from archive.org, from the same geology documentary and some footage of a video about how to make handmade scarfs, or hand knitting which tide in nicely with the rhythm of Nia’s reading rhythm. The melody piece was made at the end of the edition of the video-poem. The initial image was recorded in a blue day in Glasgow during the 48hour video-poem challenge event, and it was a key part that inspired and informed the creative process. Charlie then received the final visuals and voice and inspired by it he created the melody, which I finally overlaid in the pentagram of the video editing program. 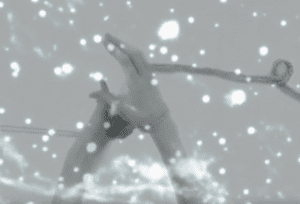 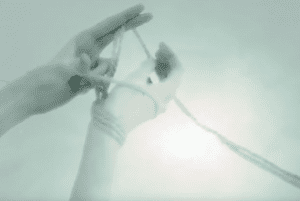